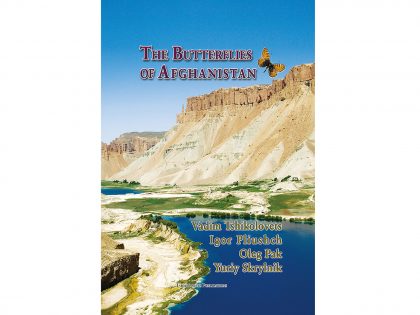 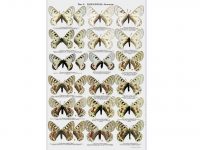 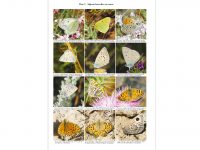 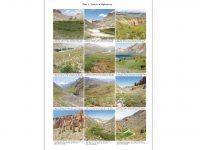 The Butterflies of Afghanistan 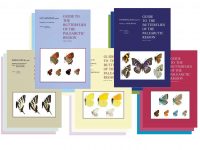 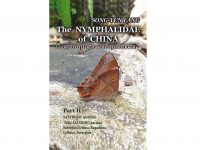 Tshikolovets, I. Pliushch, O. Pak and Y. Skrylnik (2018), 328 pp., 64 colour plates (about 4000 photographs). Afghanistan is one of the least studied countries in the Palaearctic region for its Lepidoptera. Large endemism makes this country particularly attractive to taxonomists and researchers, but collecting of entomological material, and butterflies in particular, has always been very restricted because of military and political reasons. Afghanistan is a mountain country (about 80 % territory) with the highest altitudes in the eastern part of country (the highest peak is Noshaq, 7492 m). There are famous the Hindukush mountains with the biggest endemism in the Palaearctic region. The Afghanistan book includes 348 species, the second number after Pakistan published in the series “The Butterflies of Palaearctic Asia”. The work contains description of two new subspecies. During preparation the first author visited the collections of SMNK, ZMHU, MZMB, HNHM and many others museums and private collections for study and photography. Special attention was given to the examination of types. Almost all type specimens of butterflies described from Afghanistan were studying, photographed and illustrated on colour plates. This book will be useful for all who are interested not only in Palaearctic but also Oriental fauna.