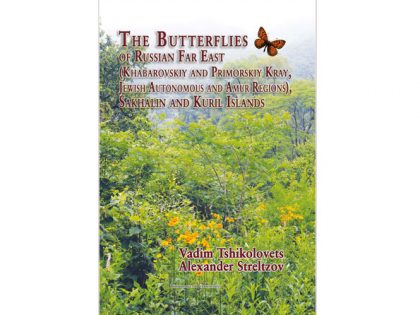 The Butterflies of Russian Far East 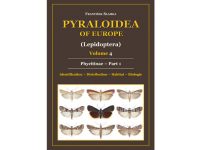 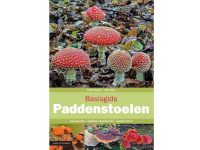 V. Tshikolovets, A. Streltzov (2019), 472 pp., 64 colour plates (about 4000 photographs).
Your attention is invited to the fourteenth volume of the series “The Butterfies
of Palearctic Asia”. It is dedicated to butterflies of Russian Far East (Khabarovskiy
and Primorskiy Kray, Jewish Autonomous and Amur Regions), Sakhalin and
Kuril Islands. Unlike the thirteenth volume (Butterflies of
Afghanistan), the territory of the Far East has a long history
of study and has been studied quite well, especially
in the southern parts. Here are typical representatives of
both the Chinese and Japanese fauna, and the northern
parts of Asia, including the arctic species. Such diversity
was the reason for numerous expeditions, research in the
Far East, as well as a large number of publications. This
book differs from all previously published ones not only
by its rich illustrative material, but also by the fact that during
the preparation all historical collections and almost all
type material were investigated, all original descriptions
and available literary sources were studied. The distribution
of species based on point maps is published for the
first time. This book covers 308 species of Rhopalocera
belonging to 5 families.