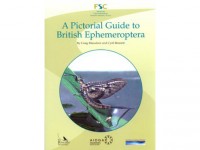 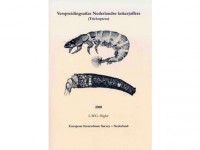 The Trichoptera adults Handbook covers all species in Britain and Ireland. This is the first volume in the series which features full colour ilustrations throughout.

The caddisflies are a cosmopolitan group of insects. There are currently 199 species in the British Isles, out of a total of around 1400 species in Europe and over 12,000 worldwide.

Interest in this group of insects has increased greatly in Britain in recent years. Inevitably there is great fascination in the larvae of caddisflies, with their well-known case-building habits and abundance in many kinds of freshwater. However the adults still have a somewhat forbidding reputation. Although close study of the genitalia is often necessary for species identification, much progress can be made with characters easily observed characters such as wing patterns. Fly fishermen imitate many of the common species with artificial flies. They are also frequent visitors to the light traps of moth recorders.