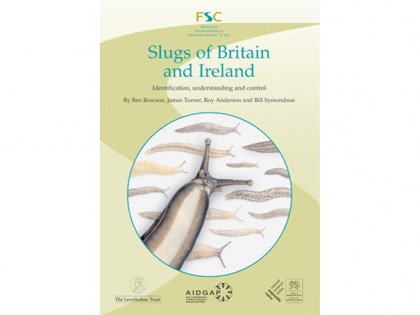 Slugs of Britain and Ireland 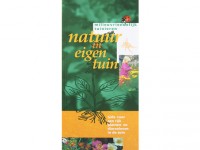 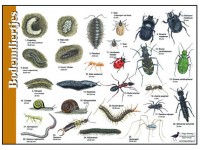 Slugs  covers all the slugs of Britain and Ireland.

Slugs have a notorious reputation as plant pests but many species have more varied ecological roles. The British and Irish slug fauna has changed rapidly over recent years as exotic species join the native wildlife. While researching for the book the authors set out to find all 36 known UK species, they were surprised to come across several they did not recognise.  Although slug species can vary enormously in appearance, and several are difficult to identify, further work, including DNA analysis, confirmed that they were distinct species.

Slugs are part of everyday life, rural and urban, in Britain and Ireland. They are, literally, wildlife on our doorsteps. This is not the case in all parts of the world. The British climate and landscape are in many ways ideal for these animals. Our native fauna derives from Europe, which has a diversity of slugs to rival that of any continent. And our human history of trade, invasion and being invaded continues to introduce exotic slug species to our fauna. Many of our native slugs likewise cause problems overseas.

Slugs are, of course, widely detested. This disgust is a mark of slugs’ success as pests and detritivores and at repelling potential predators, including humans. Indeed many think the only good slug is a dead one. And newcomers to limacology, the study of slugs, invariably claim that all slugs look the same. This guide shows that neither is the case, although the differences can be challenging to define or recognise. For example, the large Arion species are some of the most variable in colour of all British animals. The guide also aims to show that these differences are important as well as interesting in their own right. Each species has its own biology, ecology and geographical history and, as a result, a different impact on human lives.