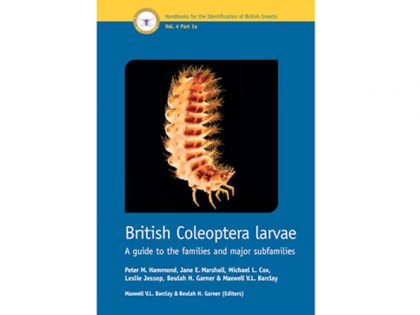 A guide to the families and major subfamilies 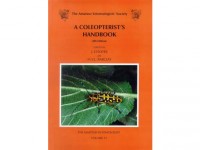 Over 40 years in development, this new Handbook provides full guidance in identifying British beetle larvae to at least family level.

An introduction is provided to the present state of knowledge of beetle families and their larvae in the British Isles and relevant larval identification literature.

Summaries are given of general larval morphology; specialised biological aspects such as hypermetamorphosis and parasitism; habitats and behaviour as aids to identification, especially of those species in which adults and larvae occupy totally different habitats and in which one or other stage is much more commonly encountered; pest species and biological control; and collecting, preservation and rearing.

Illustrated keys are provided to distinguish beetle larvae from those belonging to other insect orders, and to families of Coleoptera larvae. Colour photographs of beetle larvae representing many of the families discussed, and using specimens from the van Emden collection, are provided.