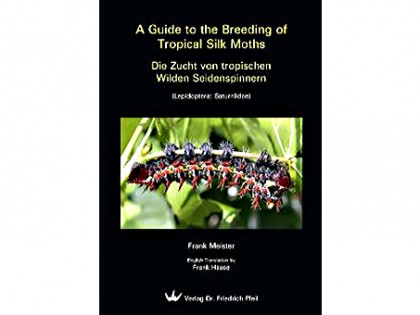 A Guide to the Breeding of Tropical Silk Moths 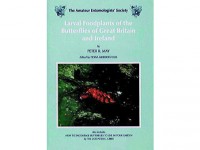 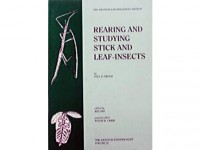 220 blz. H/B. Frank Meister (2011)
The breeding of tropical silk moths (Family Saturniidae) has enjoyed great popularity for many years. Until recently, the suggestions for raising larvae that one found in the literature or via the Internet were only introductory in nature. It was likewise difficult to find useful information about the proper plants to feed the larvae.
With support from numerous breeders, Frank Meister collected such information from around the world. From this he developed a handbook for the practical use of entomologists. It includes all known species of the Saturniidae with their most common synonyms. All of the edible and nutritious plants identified are listed with the particular species that feed upon them. The families of the plant species so identified are listed in a comprehensive index.In its fascinating, detailed and practical divisions, this book has something of value for every breeder as it describes the methodology of propagation from the obtaining and care of eggs to artificial insemination.
Using the concrete, step by step procedures available in this book in connection with information collected around the world about plants eaten by saturniids in the wild and in captivity, the layman as well as the experienced breeder should be able to repeat many of the successful matings recorded for the Saturniidae.
For more than three decades, Frank Meister occupied himself with moths and their propagation. On his travels in tropical Asia and America he collected and identified saturniids, and thereby discovered several undescribed species. To date, he has described more than three hundred new species in collaboration with colleagues. He himself has bred more than a hundred of these and documented their pre-imaginal stages.
9.006 Saturniidae of the World is een prachtig boek met daarin alle soorten van de wereld in honderden kleurenfoto’s.
9.006 gecombineerd met dit boek is ideaal voor de liefhebber van deze tropische insecten.