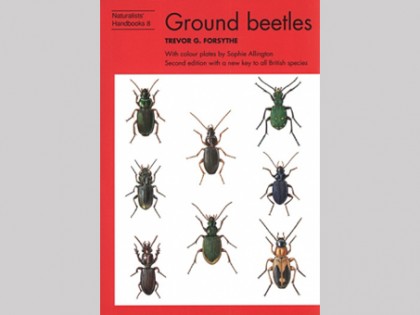 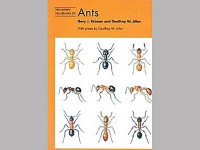 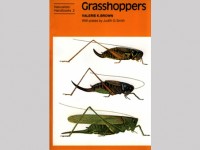 by Trevor G. Forsythe with plates by Sophie Allington
Ground beetles are handsome, lively creatures beneficial to gardeners and of interest to a growing number of biologists. The first edition of this book made the common species accessible to many who had not studied ground beetles before. In this revised edition the keys are no longer restricted to the commoner species; they have been improved and extended to cover all species currently known in Britain, including nine new ones that have been added to the British list since the first publication of this book in 1986 (see p. 91). This work introduces their natural history, paying particular attention to their feeding and the mechanical movements of their mouth parts and bodies in relation to diet and behaviour. It also deals with reproduction, and with the distribution of activity in relation to habitat and season. Illustrated keys enable the ground beetles most commonly found in Britain to be named to species. Techniques are described for studying beetles in the field and in the laboratory, for persuading ground beetles to lay eggs, and for rearing the eggs, larvae and pupae.
Contents
Introduction; Natural history; Identification, Keys 0 – V; Techniques and approaches to original work; Further reading and references; Alphabetical checklist of British species; Some useful addresses.