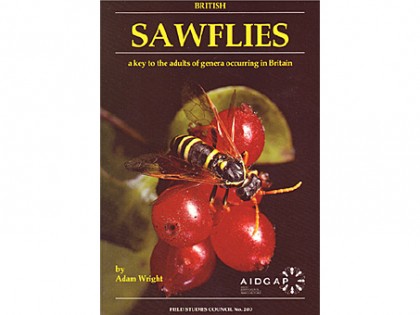 Sawflies – a key to the adults 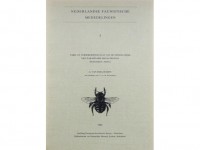 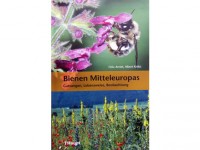 A checklist is given for the 45 species that have been recorded from the British Isles. Keys to the families, genera and species, together with diagnostic illustrations, are provided. Notes are given on the preparation of specimens for identification. Species profiles include information on British and overseas distribution, habitats, adult activity period, nesting characteristics, prey, host records and flowers visited.

Sawflies are common insects. Many species occur in domestic gardens. Others inhabit grasslands and woodlands, including forestry plantations.

Collectively sawflies feed on a very wide range of hosts, from ferns to flowering plants. But often individual species have a specific larval food plant. Some sawfly larvae have more specialised means of feeding, including leaf mining, leaf rolling and even inducing plant gall formation. They include many garden, agricultural and forestry pests.

Sawflies are perhaps the most primitive members of the insect order Hymenoptera, which also includes the bees, ants and wasps. Unlike many of their hymenopteran relatives, sawflies cannot sting. Moreover adult sawflies lack the ‘wasp waist’ between thorax and abdomen. Although all sawflies have two pairs of wings, their venation is of the supposedly ancestral form. Most female adults possess ‘saws’, used to cut through plant tissue to lay eggs. In the wood wasps, a tough needle-like ovipositor has evolved instead of a saw.

This sawflies guide is part of the FSC’s AIDGAP series (Aids to Identification in Difficult Groups of Animals and Plants). Our AIDGAP guides are accessible identification keys,  suitable for non-specialists from age 16+. Since 1976 the AIDGAP project has produced over 40 keys to many different groups.