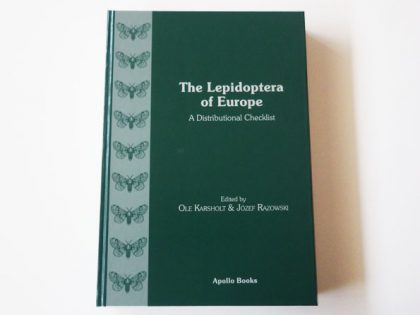 The Lepidoptera of Europe. A Distribution Checklist 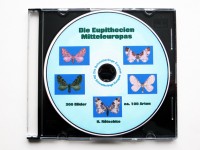 The first list to cover the entire European fauna of butterflies and moths since the famous “Staudinger-Rebel Catalogue” which was published as long ago as in 1901. A large number of European specialists have been working on the family/subfamily treatments, and the list has been checked by leading experts in the national faunas. The higher classification used in the checklist is in accordance with the most recent research as it will be presented in the forthcoming treatment of Lepidoptera in the series “Handbook of Zoology”. Hopefully the list will lead to uniformity in the systematics and nomenclature used in European lepidopterology! Besides being a checklist, “The Lepidoptera of Europe” also indicates in table form, in which of the European countries each species has been recorded. The occurrence is indicated for the following countries/regions: Albania, Austria, Belgium, Bulgaria, Corsica, Czech Republic, Denmark, Estonia, Finland, France, Germany, Great Britain, Greece, Hungary, Iceland, Ireland, Italy, Latvia, Lithuania, the Netherlands, Norway, Poland, Portugal, Romania, Sardinia, Sicily, the European part of the former Soviet Union (apart from Estonia, Latvia and Lithuania), Spain, Sweden, Switzerland, the European part of Turkey, and the former Yugoslavia. As the checklist has been under preparation since the mid 1980’s, some of the recent changes of the European borders could not be taken into account. “The Lepidoptera of Europe” contains more than 8.300 species known to occur in Europe and the distributional tables have approximately 74.000 records! “The Lepidoptera of Europe” will be an indispensable tool for anyone working with the European fauna of any group of Lepidoptera. The book is published in a limited edition of only 800 copies.